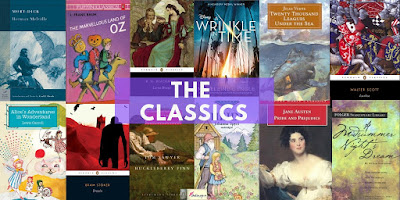 Hola Folks! I am Shalini from Shalzmojo blog and I love to talk about Travel and Books on my blog. I am delighted to be here and hope you will bear with me as I mull over this reading choice of mine.

I began reading books at quite an early age, much to my mother’s delight who nurtured my interest painstakingly over the years. One day she handed me a set of 12 hardbound books declaring that I was now ready for the Classics. I was quite taken by them as never before had I gotten so many books in one go. I was 12 years old at that time.

I wondered at what are Classics?

What is so special about them?

The reverence in my Mom’s voice as she pronounced the word was such that I was quite sure these were hallowed books that I was now the proud owner of.

I began my reading with Black Beauty by Anna Sewell as the blurb called out to me. And I was hooked through Little Women, Heidi, Alice in Wonderland, around the world in 80 days, Gulliver’s travels, Grimm’s fairy tales, Huckleberry Finn, and Treasure Island. Then I struggled through Ivanhoe, Three Musketeers and Kidnapped, till I ended up abandoning them. And they lay abandoned for quite a while as I shied away from more classics for quite a few years.

It was when I watched the movie Jane Austen Book Club that a lust for one such club near to me was born. The comparison of their lives vis-à-vis the Classics the protagonists were reading; was just brilliant. This was 2007 and suddenly all I wanted to read was Classics. I perused through some 50 of them in next few years, including some Shakespearean plays too. So it took me 20 years of reading other stuff before latching onto the classics.

To my joy, I discovered timelessness in the Classics. Don’t get me wrong – they are all books written a good 100 years ago and were quite ancient in traditions, language, thoughts and philosophies as expressed in them.

I found I was not bored by the dated language. On the contrary I thoroughly enjoyed the gentlemanly handling of the English language as it flowered and blossomed on each page. I found them to be quaint literary art and could relate to the themes of love, death, honour, life and faith – these are the more commonly recurring ones.

Shakespearean plays are the perfect literary examples of this era and are treasured to date for their language and themes. They are subscribed not just in school texts but so many of them have been turned into brilliant movie adaptations, world over.

Moby Dick and Black Beauty delved into the animal psyche and made them the hero in a human world. Love and honour reigned supreme in these two tales for me.

Oliver Twist, David Copperfield, Tom Sawyer and Huckleberry Finn were my childhood idols as I sympathised in part and cheered in part at their bravado. Destiny and luck can play such an important role in one’s life so as to turn the world literally on its head. I was very fascinated by these boys and have loved their writers for creating them with such love.

The fantasy that men yearned for is evident in many of the fantastic travel tales that were spun out by Jules Verne. My favourite is around the world in 80 days though 20,000 leagues beneath the sea is an eye opener too. The imagination of the writer is to be applauded at; for without stepping into any of those experiences, he has crafted tales of ingenuity and marvels. And here I must mention Alice in Wonderland for it’s a superbly woven tale of fantastical wonders and thrills.

Oh I did find some of them to be stiflingly archaic and fumed on the behalf of the heroine who had to endure it all. Even while some (seemingly) broke the mould; only to go back to it by choice – this baffled and tortured the feminist in me to the core. So many of the heroines chaffed at their feminine bond, yearning to be born as men to do as they pleased; yet it wasn’t to be.

The concept of hearth and home is shoved down the literary gullet of the readers where it’s the woman’s duty to ensure the family is taken care of. Oh yes! This bit was the dreariest for me to digest and I rooted for the ones who tried to be different like Jo in Little Women or Lizzy in Pride and Prejudice.

Don’t get me wrong! I am not saying it was a bigoted misogynistic world out there. It was a world still discovering many other worlds within it. Human consciousness fought such oppressions even though many were burnt at the stake for it.

Some were thought to be heretics and lunatics for the kind of texts they presented which seemed to challenge the Church. I think I would put Dracula in that category though the writer handled the topic with great reverence. Or maybe Time Machine which was far far ahead of its times too, yet today it’s read with gusto.

There is great literary magic in the Classics and for everyone who loves to read. The vantage point of telling the tale may not be in sync with the world today; either in substance or pace. But the charm of that age – whether in the architecture, language, fashion, courtship – is timeless.

I may not be able to imagine myself living in those times or even relate to the heroines and their meek, weak and chauvinistic heroes. But it does make me realise that my freedom of speech, to choose my lifestyle and to be financially independent didn’t materialise in one day. These heroines were the front runners to champion this cause and to read about it; is my biggest take away from the Classics.

Do you have a favourite Classic book that you treasure to date? What do you think you love most about them?

An interior designer by profession, writing is a passion which coupled with travel love blossomed into this blog where I love to just “do my thing”! Be it recipes, food events, travel jaunts, fiction dreaming or even meditative musings; all of it’s taken up quite passionately on my blog. I am a serious wine guzzler and love to chase butterflies in my free time.

Links provided by J Lenni Dorner, “As an Amazon Associate I earn from qualifying purchases.”:

From now until January 18, you can sign up for the First Annual #AtoZChallenge Book Reviews, Tour, and Blog Hop!

This is ONLY for books written as a result of the Blogging from A to Z Challenge.

Bloggers who took their April A to Z posts and created books from them.
The form for authors is below and also at: https://goo.gl/forms/mrGYtrmioKdE6Jjk1

BOOK BLOGGERS who have previously taken part in the Blogging from A to Z Challenge:


If you are a book blogger, or wish to offer a book review and/ or book tour stop, please read this:

The form for bloggers is below and also at: https://goo.gl/forms/RH0a0tvm5AxIqqmg1

The April Blogging from A to Z Challenge is not only for writers and book bloggers. We are interested in ideas on how we could offer something similar to this for our other categories. As these are our two most popular ones though, it made sense to start here.

(This event being the "First Annual #AtoZChallenge Book Reviews, Tour, and Blog Hop")

Be sure to also stop back on
March 1 2019
when the Tenth Anniversary of the April Blogging from A to Z Challenge sign ups OPEN
and
March 18 2019
for the
THEME REVEAL sign up!

Answers to FAQs: *update*
As long as the posts from the A to Z challenge were your motivation, inspiration, the "push" to get you to go from idea to book, sure, the book counts. If you can say something like, "If I hadn't done the challenge, I might not have written this down, and thus wouldn't have moved on to create a book," you're good.
If you have MOVED blogs, please indicate this. We will need to verify your previous participation.

Happy New Year everyone! I was thrilled to be chosen to write a guest post for the A - Z team. I stumbled across the challenge in 2015 through one of my blogging friends. I sometimes feel an imposter taking part - so many participants are clearly writers who blog. I am definitely a blogger who blogs and would quite like to write but gets caught up in waffle, hence my blog's name: Wendy's Waffle. 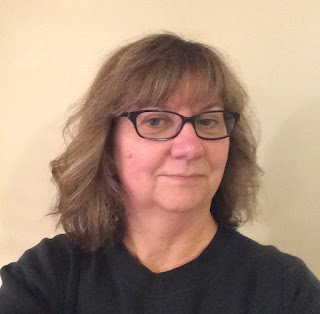 You can find out more about me there, including my previous attempts at the A-Z Challenge but beware, you'll probably find yourself down a rabbit hole and struggle to find your way out. I've managed to complete the challenge 4 times times now and fully intend to do so in 2019. Yes it's that time of year for making resolutions. I always make resolutions but I'm not very good at keeping them. The first year I took part in the challenge I didn't even know it existed at New Year so I fell into it and waffled my way through. Actually I had a theme of Family and Relationships that worked well for me because I'm part of a very large extended, but extremely close family. For 2016 I resolved to be more ambitious and plan ahead and the theme of London Underground stations got me out and about taking photos so I was pleased about that but still wasn't as prepared as I needed to be. Lessons to be learned! 2017 was a particularly challenging year. Even though I started out probably more prepared than before, life sometimes life throws you a curve ball. Our first Grandchild arrived on 31st March. You could be forgiven for thinking if I was prepared I had factored his arrival in to my planning and all would be well. Except his arrival was not supposed to have been until mid June! But he and I both survived some challenging times and since then 2 more Grandsons have arrived and they take up a lot of my time. Lovely, enjoyable time like this:

A bracing walk on Christmas Eve 2018. So if 2017 was a lot of random waffle 2018 became a lot of waffle about sport. Quite an achievement considering I'm not in the least sporty! Hmm where was I. Oh yes resolutions. See what I mean about waffle? In 2018 I made a list of 18 things to try and achieve during the year. I failed miserably but it hasn't stopped me making a new list of 19 things for 2019. (19 in 19) Many of them are the same things, a few are new. Actually I've called them objectives. I'm definitely not into saying things like I'll give up chocolate (or even eat less chocolate) because I would fail, big time. The list will hopefully improve some areas of my life and of course it does include completing the 2019 A-Z Challenge. I'm aiming to do more of a writing theme this year and I have already started work on it. (I even left a clue somewhere in this post.) Well I think that's enough about me and my resolutions. What about you? Resolutions - love them or hate them? New Year or any time? I'd love to hear your thoughts on the subject. If you've made it here thanks for reading and thanks to the A-Z team for the invitation.
Posted by J Lenni Dorner at 1:07 AM 11 comments: