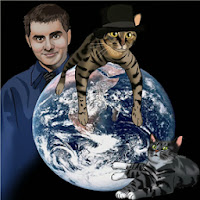 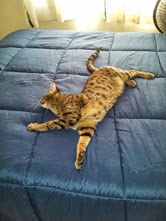 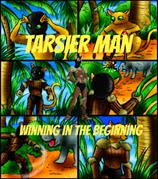 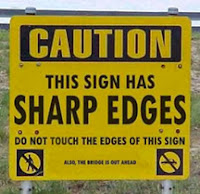 Anyone who loves cats is a friend of mine, great interview Alex. Wonderful post.

It was interesting to see the Cat do the A-Z Challenge because for him, it is no challenge at all. He does this, and with ease, 365 days a year.

Whoopdi Friggin Doo is my all time favourite Cat catch-phrase!

Yvonne: A friend you say, the cat does so much at my bay

Anne: Whoopdi Friggin doo has sure changed over the years, from a saying to things that can bring fears. Like viking woman rears lol

I often think of Pat as the man on the flying trapeze. His rhyming comes with such ease. It's difficult to rhyme and carry a point across but Pat does it so well.

Thank you Alex and Pat for the interesting interview.

Pat, thanks again for answering questions.

Manzi - as long as there is a net to catch me, I'm good flying away

Alex - no problem at all

Great questions, guys. Rhyming is difficult. Pat you do an awesome job with the cat.

Pat's posts were a lot of fun and the comments he leaves are equally so.

Your ability to rhyme never ceases to amaze me! I enjoy reading your comments all over the place, and always in rhyme. I'm going to break ranks here and NOT rhyme in my comment...just don't have the brain power today.
Tina @ Life is Good

An impressive interview at the A to Z sea,
Thank you Pat and Alex C.!

Teresa - can be difficult I suppose, but not when it flows out the cat's little rhyming umm nose

Betsy - yippee for little old me

Arlee - try to be fun under my sun

Tina - I rhyme away at many a bay. But sometimes I just leave normal comments too at another's zoo

VR - glad we can impress that I will confess

Truedessa - Fun to have the zing there at my wing

i am still trying to figure out what foul word rhymes with spit, its causing me fits

Wow you are off your game, or far too tame lol

Glad it is fun under my sun and away I go, where it comes from, don't know

This was way too much fun! Nice interview, Alex. Wonderful responses, Pat. Oh, the A - Z...without it, where would we be?

I'm impressed you made it to that many blogs daily to read, and comment. Well done. I do like cats, but am happily pet free and fancy free. Had cats before, so feel like my cards punched on that one. Been awhile since I've blog walked, so today is catching up by visiting my blog log.

May be this time I will stay a tleast a month ahead, if not more.

Pat, I feel that I know you so much more. We could be neighbors. Or not.