First post here this summer from me and I wanted to do it before Labor Day Weekend. Why? Because the celebration of Labor Day, even though we do it at another time from almost everyone else in the world, is an important event, something we should all celebrate, because A LOT of people worked/sacrificed for all workers/us to have this recognition. Here is a little history as to why…
Labor Day in the United States is a holiday celebrated on the first Monday in September. It is a celebration of the American labor movement and is dedicated to the social and economic achievements of workers. It constitutes a yearly national tribute to the contributions workers have made to the strength, prosperity, and well-being of their country. 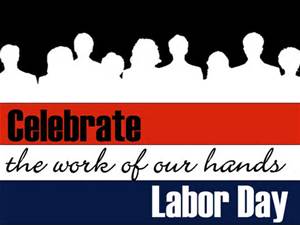 Labor Day was promoted by the Central Labor Union and the Knights of Labor, who organized the first parade in New York City. After the Haymarket Massacre (this is worth reading about), which occurred in Chicago on May 4, 1886, U.S. President Grover Cleveland feared that commemorating Labor Day on May 1 could become an opportunity to commemorate the affair. Thus, in 1887, it was established as an official holiday in September to support the Labor Day that the Knights favored.[1]
The equivalent holiday in Canada, Labour Day, is also celebrated on the first Monday of September. In many other countries (more than 80 worldwide), "Labour Day" is synonymous with, or linked with, International Workers' Day, which is observed on May 1.  (From Wikipedia) 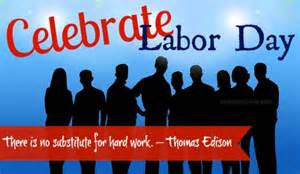 What does this have to do with us as writers/artists? We are a part of this labor force, a part of what makes our economy tick, through all our trials and successes, we should acknowledge our part and celebrate with eager anticipation all that being a part of our country/economy means. Go Labor Day!!!! 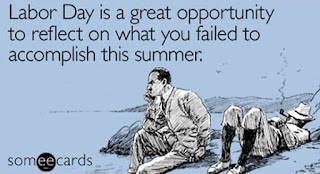 Hi Lisa - well the Labor (spelt Americano!) Day quip on 7th September will be perfect for me - I'll spend the day remembering this ... as I'm giving a talk on a shopkeeper (he was a worker) here in Sussex it'll be non-appropriate - as I've just had a complete break and not done what I intended.. But yes the labour of people is what gives us our lives ... and we should celebrate all who work, help and care for the earth and its people. Cheers and almost welcome back - Hilary

I didn't know so many countries celebrated it. Been around a long time though.

Thanks for the background info. It is true, you learn something new every day!

Good to be reminded of why we celebrate this holiday. Thanks.

Great to remember this part of history. The Haymarket Massacre...checking it now.

This is an outstanding venue, with great and thoughtful staff, and a fantastic chef. The venues in Chicago are well situated. We has been delighted to host our annual event at this location for the past few years, and the space has been perfect for our group of roughly 300.