Themes That Rocked the Challenge – J.A. Scott and Childhood Shows and Commercials

Today we welcome author J.A. Scott and his rocking theme of childhood television shows and commercials. Prepare for a trip down memory lane! 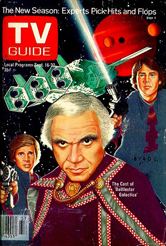 What made you select television shows from your childhood?

My theme last year was pet peeves (though I call them rants). Though mostly they were something everyone could relate to, I was never too sure everyone found them enjoyable to read. I wanted to do something nearly everyone would have fun with. And who does not enjoy watching television? When I was younger, we didn't have cable and video games. Sure, they were around, but they were in their infancy and expensive. If not for the TV, I would be outside playing with a stick. Also, growing up, TV watching was something everyone in the family did together. So when I wanted to revisit those days, it was in the hopes it would bring back fond memories not only for me, but for everyone reading as well.

The bonus commercials from the past were funny. Did you get lost wandering You-tube looking for them?

If you mean, was there a snowball effect of watching one video, leading to another and another video, yes. Fortunately, I had a few tools at my disposal. A 1001 classic TV commercials DVD and an A-Z Guide to TV Guide book. These tools made it easier to look for the exact commercial I required. Hard to believe they were all on you-tube. Thankfully, some people have too much time on their hands.

What was the most obscure show you remember?

The most obscure in my list was most likely 'Quark'. A TV show set in the future about a crew collecting space garbage. As you might imagine, it didn't last long. It's so obscure, even I never recall seeing it. And I've always been into sci.fi.

As for the most obscure I HAVE seen, I noticed there were a few. 'Misfits of Science' was a zany slap-stick super hero series featuring a young Courtney Cox. Quite easily my favourite of the obscure shows I featured.

There was also 'It's a Living', a sit-com about waitresses in a swanky restaurant. The comedy was mediocre, but at the time, it was all I knew. And Ann Jillian certainly drew me in.

The final one (and I'm sorry I selected more than one), was the Krofft Supershow. Most people seemed to have no idea what it was. The theme music included an awkward 70's-ish, annoying theme. Most people did not recognize the show in question from the theme music. But when fast forwarded to the last minute, you would realize these were the people who brought us such children's classics as Electra Woman and Dyna Girl, Wonderbug and Dr. Shrinker. Incidentally, they also were responsible for bringing us; Sigmund and the Sea Monster, the Far Out Space Nuts, the Lost Saucer, Lidsville, the Bugaloos and of course, the Land of the Lost. (Yes, I watched most of those…) 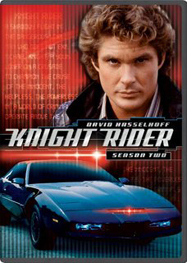 What was the show everyone remembered?

Whether a person watched it or not, I received many comment on Knight Rider. This was a classic show which everyone seemed to remember. There was a talking car and David Hasselhoff. There were even a generous supply of car jumps (to compete with Dukes of Hazard I guess). Ironically enough, I got almost as many comments for Dukes of Hazard.


How many of the commercial jingles did you still know by heart?

I can still sing the jingles from Coke, McDonald's, Oscar Mayer, Dr. Pepper, you name it, I probably remember it. Even the ones without a jingle, I could most likely recall verbatim most of the lines. (I’d like to teach the world to sing!)

What aspect of this theme was the most fun?

When putting this theme together, I loved searching the internet/You-tube for those rare gems. I particularly enjoyed recalling my favourite TV shows through the theme music. As for the commercials, I loved searching for the ones with early celebrities appearances or the ones not so PC any more. I found those the most humorous. After putting this theme together, the most enjoyable part was reading the comments. Seeing which ones people remembered or how many fond memories this theme revisited for many was another great result.

What was the worst commercial you featured? The one that you watched and wondered what the heck the company was thinking.

There was quite a few which made me scratch my head. The Ultra-Brite and Xerox commercials were utterly ridiculous. But then again, they were memorable. For Xerox, they wanted to illustrate the ease of their equipment and Ultra-Brite, well, sex sells. Essentially (Use our toothpaste and the girls will finally notice you). So those two get a pass from me because I see WHAT they were trying to accomplish. The Jell-O commercial might have been offensive to many, but it also was long before the PC world we live in now. Then we have the Winston commercial. It was quite the shock for me to discover Fred Flintstone and Barney Rubble selling cigarettes. But that wasn't even the worse commercial as far as I'm concerned. The ultimate winner of the 'Who Were the Ad Wizards That Came Up With This One' award goes to the Nabisco Cookie Man Superhero commercial. Or was he Kooky Man? A portly man donned in a poor excuse for a costume, fights puppet like "greedy" monsters to rescue stolen cookies. Which, of course, he promptly eats when recovered. Don't miss the 10 second super extreme close-up of this super hero's mouth enjoying a cookie. I can only assume this was a "winner of a competition or something because it looks like a grade school class put the commercial together. Seriously, I've had nightmares better directed than this... this.... schlock.

What theme are you considering for next year?

There are a number ideas running through my head for next year. And like last year, I've already begun preparing a few. Whichever ones I don't do next year, I may do at some point on my blog as a regular feature. But what I have been considering are the following (and I would LOVE input on what others would like to see.)

2. Movies - I've started to amass a large film collection. Not quite as spectacular as my music collection, but it is starting to grow.

3. Milwaukee - Milwaukee is so much more than beer or Happy Days. But we have them too. People will truly be amazed at what Milwaukee has to offer. It's a great place by a great lake, and TONS to do, especially in summer.

4. Games - I'm a gamer, and I don't mean video games. Since I was young, games have been a big part of family time. And I have passed this on to my children. Board games, card games, dice or whatever else you can think of. I have a large selection, and they are all fun to play.

5. Story - Though this would be challenging and there were not as many people interested in this according to my reflections post, I'm still considering a group participation story. Essentially, it will be a flash fiction which develops over the course of the month. One paragraph a day will end with a choice for the readers. Depending on the majority vote, the story will shift and change according to what people would like to read.

Thanks, Jeffrey! And I won’t tell you how many CD’s and albums I own…

The good old days. How they brought back the memories. It was basically the same way around the globe growing up. The shows though might not be the same but the fun were commonly shared.

Thanks for doing the interview, Jeffrey!

Congratulations to Jeffrey! Even though I was occupied with Minion work, I'd popped by Jeffrey's to have a look. I couldn't get there every day, but the days I did make it were a lot of fun!

Wow, I remember so much of this. I was the same way with commercials. If it had a jingle, it stuck in my head, and there are some I can still sing to this day. Definitely need to make a road trip to check out this theme.

Hi Jeffrey and Alex - loved the commercials ... though I knew few - but you certainly satisfied the brief - very well! Looking forward to next year ... cheers Hilary

Most enjoyable to read, must get started on my "Trip"
Yvonne.

You are welcome. I'm honoured you feel my theme rocked the challenge.

I'm glad you had fun with the theme. No worries, I know how challenging it can be to try and get to everyones blog that you want to.

My congrats to a winner! I'd love my friends from Lord Of Papers will announce such a contest. Anyways, Jeffrey is well done.

Great interview with one of my favourite blogging buddies! ☺ Your theme was loads of fun, Jeffrey. I'm sure you'll find something equally entertaining for next year.

Sometimes I find it interesting to watch something vintage, even if I don't remember it. Any of the European commercials I found, I enjoyed. And yes, there were a few thrown in the mix.

I had a lot of fun putting it together Debbie. Knowing so many people enjoyed it made it even better.

Interesting and useful information me. This way of keeping interest in A to Z Challenge alive for long period of time is a good innovation. I set a target of reachig 5000 hits on A to Z posts for this year. I am in line to achieve it. Today the figure is 4221. Next year I shall aim at 20,000 hits.

I think the Games, or the Milwaukee tour are leading the pack of my choices for next year. Thanks for your input.

Pop culture in the 80's and 90's are a golden memories for most of us now. Sometime i spend hours watching old music videos on Youtube and i cant help but reminisce. I am planning to write one article same as this that focused on my favorite childhood stuffs too. I'll have it posted soon as its finish. In the mean time i hope you could drop by one time at our page and read anyone of our review on BestEssayEducation we have different reviews about music, games and tv shows from time immemorial until the present.

Thanks for the memories! I loved that Coca Cola ad.

Didn't get a chance to read your brilliant theme during April! Will stop by soon :)
http://www.saraallie.blogspot.com

Can you still sing it?

Hope you stop in. It's always nice to have visitors. :)

Great interview with one of my favourite blogging buddies! ☺ Your theme was loads of fun, Jeffrey. I'm sure you'll find something equally entertaining for next year. The DIY Smart Saw review