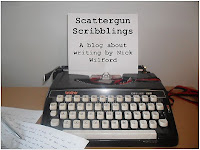 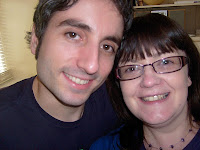 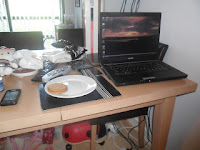 I always love seeing into the mind of other writers. Great post today.

It does take guts to put your work out there in front of others.

I have to start thinking about my theme for next year. It's coming up fast!

"Amazing things can happen in the blue sky of our writing if we pull the strings just right!" I love this!! Being the kiteflyer, we are in total control. Sometimes we dive bomb the ground, get stuck in trees, but when we steer it just right, we soar. :)

Hi Nick and Alex - great posting .. I love reading where people started their writing lives ... and what creates their A - Z ... the story line sounds fun ..

I enjoyed the interview! It certainly does take balls to put yourself out there and open yourself up to criticism! Good luck with everything you do!

Great interview! I think globe-trotting can definitely open up a writer's imagination. Your idea for next year's challenge sounds like fun.

Interesting theme for the challenge and a great take on the more difficult letters.

Nice interview, Nick. I may have to go back and check out some of those entries!

Well done! Nice interview...nice to meet you Nick~ I loved your clever idea! Great attitude about the learning process, so true! :D

I will have to visit and go back and see all that I missed!

Alex - No problem, it was a pleasure!

Kathy - It'll be here before we know it!

Hilary - I'm sure you will come up with something fascinating. I loved your castle series.

Sherry - It does! Luckily, everyone I've met has been kind. Thanks!

Tyrean - Thanks! I still enjoy going to different places with the family.

Heather - Thanks. I treated some of those letters a bit creatively...

Jeff - Thank you! Hope you enjoy them.

I love these features, Alex. Nick - thanks for being with us! I'd say your voice is honest, open, and has a great sense of humor.
Tina @ Life is Good
http://kmdlifeisgood.blogspot.com/

Great interview, travel is a brilliant way to stimulate our imagination and give us food for thought.

These were great questions which makes for a awesome interview. I like the 90's theme. That will be cool.

Great interview! I missed A to Z this year and this has got me thinking about 2013. Thanks, Alex and Nick!

Thank you Nick. Also welcome to our blogging community.
I am now beginning to believe that we do leave a legacy when we write. I may not write anything big, but still when I die, my kids might be able to understand what my mind was like and if they listen to what I had to say they might contribute something good to the society.

Alex - thanks for the interview.

That was a great idea for A to Z. Great to get to know Nick better.

Thanks everyone for turning out to support Nick!

B is for Balls. I'm putting that on my bathroom mirror! LOL. It's a great reminder that sometimes we just have to go for it. Great interview!

Tina - Aw, thanks for your kind words. They made me smile!

Suzanne - Thanks! I certainly recommend it.

Mina - Thanks! Oops, I discarded the 90s theme and I'm going for a story based on words contributed by readers. But I hope someone else does it.

Munir - Hopefully my kids will read my stuff at some point, even if it's when I'm dead! I like the idea of leaving a legacy - making a certain difference to the world even if just in a tiny way.

I'm still trying to find a theme for next year too. I'd like to stay with something similar, but a fresh theme may be in order. Good luck with yours!

Excellent interview guys! Next year? I'm still hung up on next week.

Awww, Nick...thank for the shout-out. I am so glad I met you through the A to Z Challenge. Your blog is one of my must-visit ones!
I love what you said about immortality: leaving your mark hundred of years from now, but most especially how you'll be remembered by those who love you now. You're such a phenomenal guy!

Great interview! Love this idea for the A to Z Challenge. Thanks for sharing with us!

Great interview, Nick! It's always interesting to see what stuff people come up with when they revisit previous decades. So if you end up doing the '90s for next year's A to Z Challenge, I'd be quite curious to see your interpretation of those years.