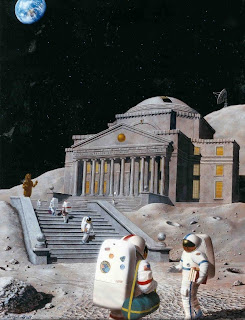 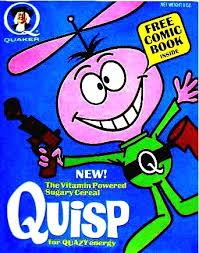 Sure, more leaps need to be taken, such as producing a steady flow of food. Maybe Quisp and Tang grows there in abundance. But for now, it’s easy to see how making return trips to the moon makes a lot of sense.

The U.S. does not have concrete plans to return to the moon any time soon. China plans to land an unmanned exploratory rover on the moon by the end of this year.
The Question Is: will private industry beat governments to the punch?
Let’s take a quick look at private industry on the cusp of taking man and supplies into space and the moon. I’ll refer you to an earlier post on Space X, headed up by Elon Musk: CLICK HERE. 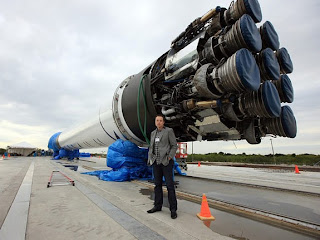 Let's go to the moon and beyond! I'm ready! Heck, I'd climb into a rocket and launch myself if they'd let me!

I find it so bizarre that we haven't already been back. Seems so strange!

I can see us returning and setting up a station there in the next few decades.
We need to get back there before Marvin the Martian!

I definitely think we need to go back to the moon, but by we I mean mankind, you are presumably talking US. I firmly believe in space development and exploration and hope man will pursue it to the nth degree.

LG, Virgin Atlantic is offering trips into space for civilians in the not too distant future. Just need $100,000 and secure your seat now.

Rinelle, I agree. Does seem strange. Maybe we've been going there all along.

Jo, I agree. That's why I included Virgin Galactic in the article.

I have wondered why we hadn't returned but figured we would eventually.

Seeing Quisp cereal brings back memories. My sister and I used to eat it all the time! :-) I'm dating myself here, aren't I?

I definitely agree that we need to go back, however, I think the private sector has a better chance of accomplishing this than our...let's just say current government...
Tina @ Life is Good

No...I don't think they should go back and I definitely don't want to see advertisements flashing in the night sky like some companies have proposed.

Karen I loved Quisp as a kid. I think it tasted like Cap'n Crunch, only it got soggy quick.

JoJo, I'm shuddering at the thought.

I think the US will get back to the moon one day.

Hi Stephen .. we certainly need to be innovative in as many directions as we can ... and technology opens many doors ..

Heck yeah I think we should go back to the moon and set up a base. Better to go to the moon for peaceful reasons than go to Syria or some such place to waste money on a war.

I can see a return.

I would love all this stuff to happen and I think it will, however...

Any private industry looking to get involved in the mining of the moon will have to look at some numbers..

Bear in mind that viable shipping technology does not exist and has to be developed ( by the private enterprise ).

We will, inevitably, mine the Earth until it is empty and build ways of expanding to other celestial resources quite late in the game.

In the interim, as the exertions of Richard and Elon come to fruition (which are commercially viable ventures today), will be exciting to see how these pan out.

NASA and peers are not commercial airlines so there is no competition, however if this bit makes cash then something more ambitious hits the table.

Reach for the stars, but not anytime soon.

Moon exploration is still the stuff of dreams. I love the idea of traveling to distant planets and galaxies and the moon is a closest neighbor. Why not return?

Private industry just might beat the government and there's nothing wrong with finding alternative locations for sustainable materials. I just start seeing sci-fi movies in my head : the moon being destroyed by industry and throwing off the tides and causing mass chaos on earth! Yep...I watch way too many sci-fi channel specials.

Or maybe I drank too much Tang in my early years...