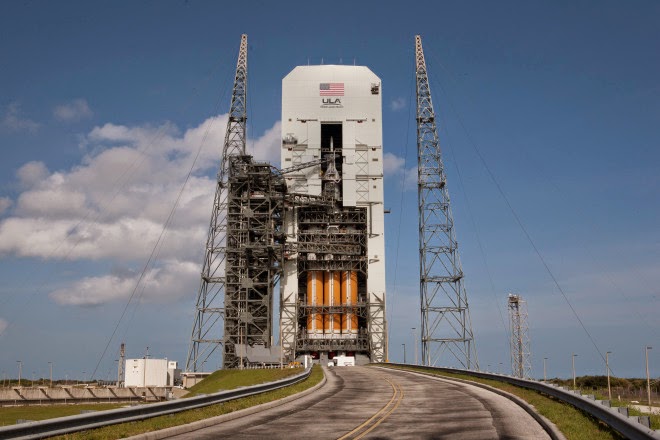 Hey Folks, As always, thanks for stopping by. This is a very exciting week. Two things are happening you should be aware of.
First, NASA is testing Orion, the spacecraft that will someday take mankind into Deep Space. First up is a planned trip to an asteroid around 2025, then it's off to Mars a decade or so after that.
You can watch live coverage beginning at 1:30 a.m. PST/4:30 a.m. EST on NASA TV. 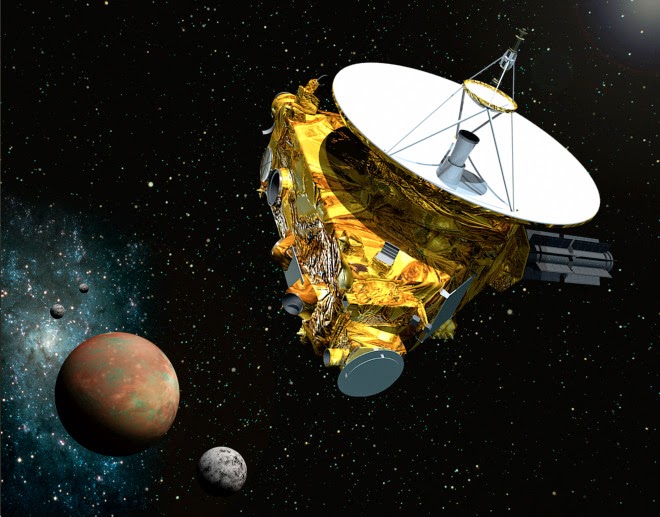 The New Horizons Spacecraft: Get ready to learn some really cool stuff about Pluto!
Launched nine years ago, is about to encounter the Pluto. This will be the first man made craft to visit the planet. New Horizons has spent much of its life in a hibernation of sorts to conserve energy, and will power up December 6th in preparation for a 2015 summer rendezvous with the dwarf planet.
Despite the risks, the mission is poised to return a glut of discoveries, continuing the legacy of the first planetary spacecraft: the Mariner missions that visited Mercury, Venus, and Mars in the 1960s and 1970s, and the Voyager missions that explored the outer planets in the 1980s. Those missions were pioneers, as nearly every image and measurement revealed fantastic worlds never seen before.
Pluto is one of the largest objects in the Kuiper belt, a collection of cold bodies beyond the orbit of Neptune and the last frontier of the solar system. The first Kuiper belt object wasn’t discovered until 1992. There are now more than 1,000 known Kuiper belt objects, and scientists estimate there are hundreds of thousands of them.
These objects have been around since the formation of the planets, so they serve as relics that help researchers understand the history and origin of the solar system. And Pluto contains clues about these ancient, icy bodies. For example, any craters on its surface will help scientists estimate how frequently Kuiper belt objects slammed into one another in the past.
Reference: http://www.wired.com/2014/12/new-horizons-pluto-mission-wake-up/

Stephen Tremp is the author of the Breakthrough: The Adventures of Chase Manhattan. You can visit him at http://authorstephentremp.blogspot.com

Hi Lisa - I thought I recognised a Stephen post here .. space is incredible isn't it .. and so fascinating to find out more and more ... it's amazing that they can send data back to earth so we can glean new insights into planetary life ...

Just bemuses me with how incredible it all is .. cheers Hilary

Be interesting to see what data it transmits back next summer.