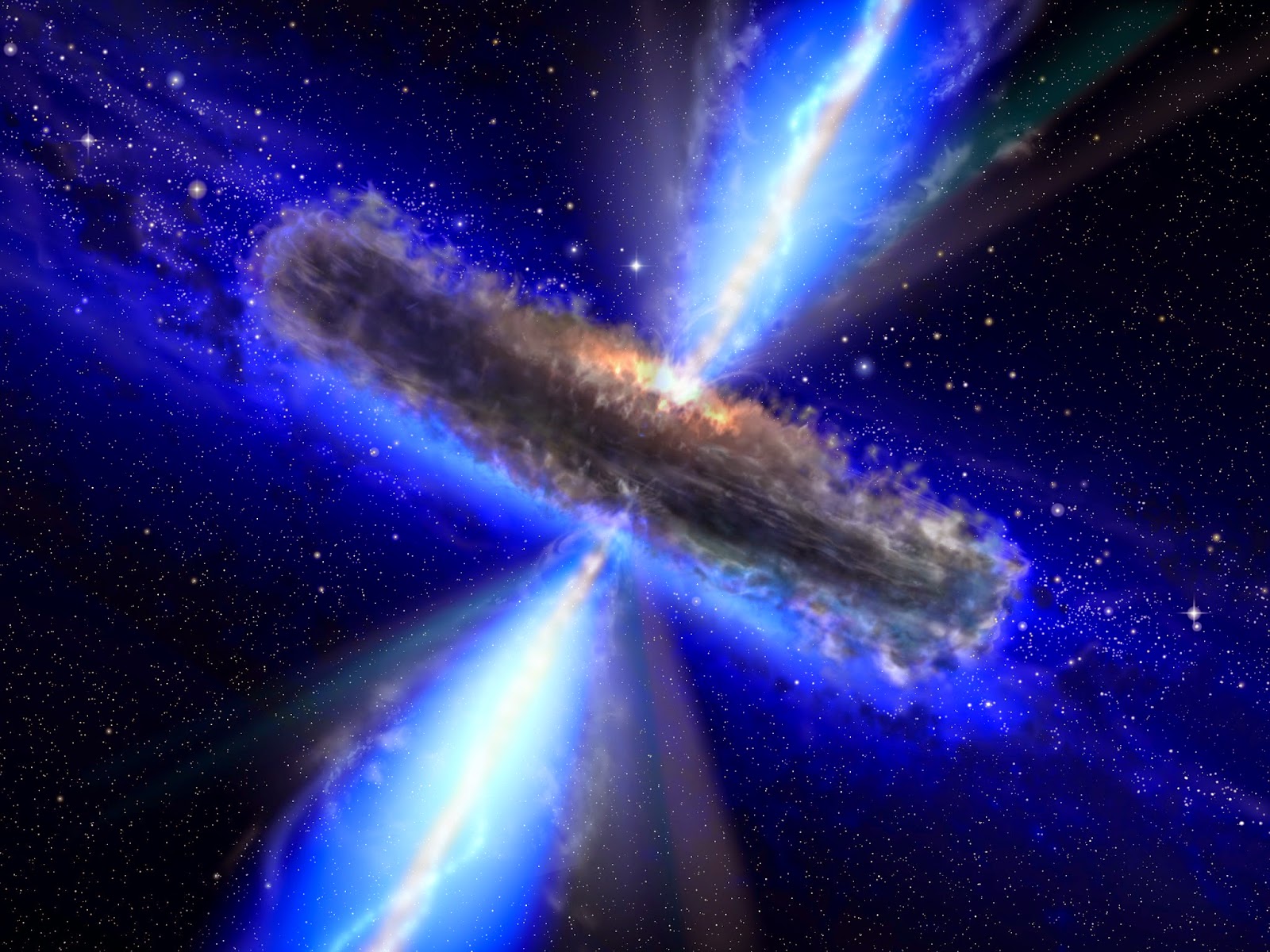 Yes, black holes are in the news again. Bigger and badder and better than ever. It is generally accepted that at the core of every galaxy lies a supermassive black hole (SMBH). These behemoths are many times the size of ordinary black holes.

And unlike your garden-variety stellar-mass black hole, supermassive black holes didn’t form from a collapsing star; rather, they formed.... well, we actually don’t know how they formed. But we do know just how big they are. An ordinary black hole can have about five to several tens of times the mass of the Sun (solar masses), where our own galaxy’s SMBH has about four million solar masses.

What’s astounding about the new discovery is the extreme distance of the SMBH—about 12.8 billion light-years from Earth—and hence, how quickly after the Big Bang it formed. To form within the first 875 million years of the Universe’s history, or a mere six percent of its age, has scientists scratching their heads as to how this could be. The more we discover, the more questions we end up with. Reference 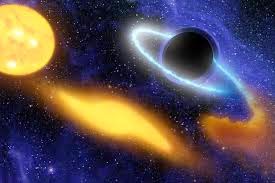 Did You Know: Scientists believe there are rogue black holes wandering around out there travelling, perhaps hundreds in our Milky Way Galaxy. Let’s hope one doesn’t come our way. That would be a bad day for our solar system.

But Wait, That’s Not All: Astronomers have spotted what appear to be two super massive black holes at the heart of a remote galaxy, circling each other like dance partners. The incredibly rare sighting was made with the help of NASA's Wide-field Infrared Survey Explorer, or WISE. Let’s hope there are no rogue binary super massive blacks holes wandering around out there. 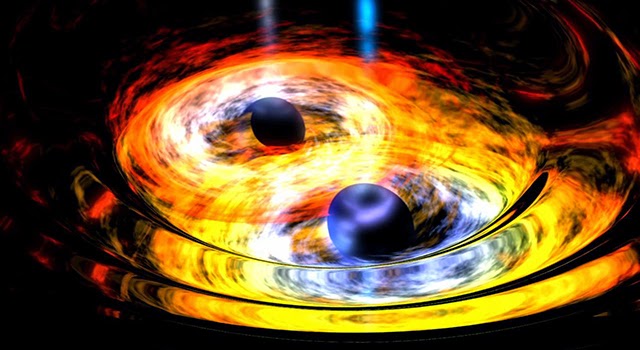 Finally: I’m working on cover art for my latest book Salem’s Daughters and would greatly appreciate it if you could stop by my blog and give me your opinion on the three concepts I have. Thanks and hope you enjoyed today’s post.

You can visit Stephen Tremp at his Website Breakthrough Blogs. Stop by Friday through Sunday for the Weekend Follies, a great way to get a few laughs as you wind down the work week.
Posted by Stephen Tremp at 8:01 AM

interestingly a Super Massive Black Hole may have a greater mass than a regular black but it is not actually any bigger. They are all tiny critters possibly hiding in another dimension. . . . . Very cool beasts.

It is really so amazing what we can see out in space from right here on earth, thanks to technology.
Life & Faith in Caneyhead

It is amazing what we can see but I am beginning to wonder, do we really want to? Thanks for writing about the super massives Stephen.

Two black holes together? You would think they'd swallow each other.

Fascinating! It must be an interesting field to be in to try to figure out black holes, how they got there, etc. Thanks for sharing with us Stephen!

Black Holes never cease to fascinate and amaze us. And we're discovering more and more about them. I could post on Black Holes for three months and never get bored.

You share the coolest things. The concept of black holes is almost too big to get my head around. And like you said, the more we know the more questions.

Rogue black holes that are moving around aimlessly in our Milky Way? Sounds like they're up to no good...
Do they ever stop travelling?

Michelle, many are flung off into space and like the Energizer Bunny just keep going.

Heather, there are also rogue planets. Wen a sun dies large planets further out in their solar system are no longer confined to the dead sun's gravitational pull, they are flung out into space (remember, they were traveling in an orbit at incredible speeds). Let's hope they aren't coming our way.

Schooling can represent a powerful instrument regarding lowering poverty and also unemployment and also obtaining a new continual individual advancement. Whenever we in comparison your nation schooling together with some other developed/developing nation, grabmyessays is best one and really awesome custom essay writing service providers.