Keep it Going with the #AtoZChallenge !

Today, Misha Gericke from D's Company shares her experience with you about the A to Z Blogging challenge.
------ 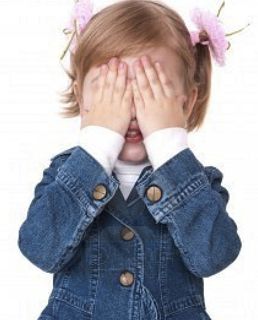 When you signed up for the A to Z Challenge, I bet you thought it was a good idea.

But now, we’re starting to get to the point where the start-out adrenaline fades away and the month is starting to look long. Especially when you didn’t plan and schedule posts ahead. (I know the feeling. Until this year, I only ever planned the topics for my A to Z posts and wrote the posts on the day they were due.)

Except for last year, I won every time. For two blogs. But last year doesn’t count for me. (It’s my guest post, my rules.)

Here’s the thing, every year, I’d hit a point where I just got tired of the whole blogging thing. And I still won. How?

I didn’t give up. Sometimes, I ended up having to write two posts on one day. Or to write on Sundays to make up for a skipped week-day. Whatever it took. Eventually I caught up, and it made the win all the sweeter.

So don’t give up when you lag behind. Keep going. It gets easier when the end is in sight.

What are you doing to keep going this year? Any tips?

If you’d like to see what Misha’s up to at the moment, you can find her on these social networks:  Tumblr | Twitter | Google Plus | Writing Blog
---------------------------------
Follow the A to Z Blogging team on our Facebook Page!
Email address is contactatozteam at gmail dot com
Twitter hashtag is #AtoZChallenge and Twitter id is @AprilA2Z.

This is my first time with AtoZ and it's been a very rewarding experience. I know it's because I signed up early (#100 at the end of January), read every post from AtoZ about the Challenge and then started creating and scheduling my posts. I don't think I could've done it without scheduling ahead. Hand in There!

This is my first time too. And I only wrote stuff for until this week end. I have to start work on the next week's posts.. and yes the month is suddenly looking long. I really want to persevere and see myself through.

Hi, here is my entry for today.

Got to carve out a little time each day! We can do it!

Yeah, keeping up. I scheduled my posts this year. So basically, I only have to read other blogs. Much easier and I've read close to 200 of them. Leaves me plenty of time for my other project this month.

When I started blogging daily, I had to really become disciplined in writing my blog posts ahead of time. I usually spend a few hours over the weekend putting together posts. It's much easier now with regular contributors as I'm not having to write all the posts myself. Girl Who Reads

Hi, I am a first time A to Z challenger and I just read everyone's advice and my followers advice to schedule my posts ahead. So, I did schedule ahead however fell a little behind my scheduling for my personal goals. Meaning have U thru Z to schedule now. I have all the stuff picked out but need to post it. I have spent most of my time in April on blog hopping. This has caused so much April craziness that now I know what everyone was talking about. The theme reveal all the way to today sent me tons of followers and likes/comments. I return all my comments and make sure I follow all that follow me back. It has been great! I am using feedly as advised and it is awesome but I now find it hard to get back to the A to Z posts that really interested me. Not, knowing it was going to be this massive and I should have made a different folder in feedly to follow the ones that interested me the most more closely while continuing to return all comments from my posts which are more than ever...I am just A to Z crazy and love it. Just wish I had some more type of regular follows and following organization. Feedly has help but I could have utilized it better. I am now opening up a different folder for my blogs of interest or close family from my circle of blogosphere. Next year I will be ready! Happy blogging! A TO Z CHALLENGE ROCKS...KEEP ON KEEPING ON!

This is my first year with the A-Z challenge. Thankfully, I had just completed a SOL challenge for Two writing teachers that helped get me in the grove. For this challenge I decided on a topic and then planned out what I would write about each day. I am sure that has helped as I am not trying to spend the day figuring out what that day's post might be.

This is my first time with A to Z challenge. It has been a great experience so far. I signed up for the challenge only two days before the challenge started and hence did not have any time to schedule any posts. hence , taking each day as it comes and moving on..

Good post. I plan to keep it up. I was excited a few times when I had two posts written and ready to go ahead of time, then I'd hit another block. It's up and down, up and down, but keep going.

Not doing the A to Z to visiting here and there.
Happy Writing
Juneta @ Writer's Gambit

I just change my visiting strategy whenever I'm bored or tired. And then when I think I'm just going to quit and get it over with, I find a great blog post and I'm hooked again.

This is my second time and I am scheduled all the way up to U at this point so that's an improvement!!!

I'm glad this isn't just me, I seem to consistently be blogging one day off the schedule. (just posted my J post.) I'll catch up this weekend! Thank you for a great post.

I prescheduled my posts once again. This time, it's just a matter of getting to other people's blogs. April has not been an easy month for me so far.

I didn't schedule my posts. I write daily, which is why I love writing challenges. Writing is fun when it's unplanned.
Archita from
A Journey Called Life - 11 Th Day on AtoZ

I write a weeks worth at a time as life has been so busy. But I do a little planning so that I don't get overwhelmed.

My topic has been emotionally draining but so rewarding to think I might be bringing awareness to at least one person!

Thanks! I sorely needed this pep talk. Have yet to complete posts M-Z and am overwhelmed by the number of comments to respond to. That's a good problem to have, but still...

I went for an unusual theme and that alone has given me something exciting to look forward to every day. I am so enjoying A-Z again this year, so much so that I have already decided to enter two blogs in 2017. I don't want April to end!

'Soon my child': a short story with 4 neglected K words!

Yup, that's the way to do it. Just keep going!

I've noticed a decline in commenting this week and I am feeling worn out by all the posts. But I'll keep going!

I chose old movies as my theme, and it's something I really like to do is watch old movies. So I let the movies do the talking for me. I've been visiting everyone that visits me, but that really isn't that many. So I've been trying to do as many as I can on the list per day and keep my own work going on my blog too with the normal routine.

K was a tricky letter! I wrote a list of what each post was going to be about based on the theme of procrastination, but when I went to write my K post, I realized I hadn't picked the right word. This was a difficult post to write, but I'm glad it's out there. :)

I wrote one Sunday. When I feel the next day will be busy, I draft it in advance and post on that day. The tip here is no matter how good or bad/ small or big your post is, don't mind. But make sure to write at least one sentence a day

Due to the nature of my theme this year, I had no option but to make sure all my posts were ready to go at least two weeks before the challenge.
Writer In Transit

I'm a newbie too. I'm enjoying it as my goal was to get a whole bunch of articles up about my books in a short period, so it's great for that. What I'm finding I don't have a lot of time left over for is checking out others blogs. Yeah, I'd like to be able to do that more.

Signing up early could make a huge difference. :-)

I hope you managed to get the rest scheduled!

Great post!I'll be posting about my personal experience at the start of May!��

Thanks for the encouraging post!
I'm doing the A to Z Challenge with SEVEN of my TEN blogs this year. Not gonna link 'em all here. But they are all on my Google+ page.

Happy A-Z all! Rounding the bend to the end! Keep it going.