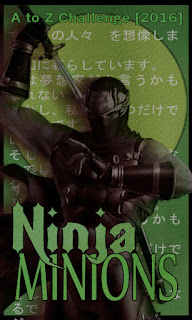 Just who are the Ninja Minions? Only the most awesome bunch of bloggers in the world. They will be assisting me in April, helping this Ninja keep his sanity.

Let me introduce you to this cool team of Ninja Minion Masters. If you’re not following them, you should!

Master of her writing and IWSG admin, Susan Gourley

Now you see them – now you don’t! Because they are Ninja Minions…

Co-host Ninja Captain Alex J. Cavanaugh is the author of Amazon Best-Sellers CassaStar, CassaFire, CassaStorm, and Dragon of the Stars, and his blog can be found HERE 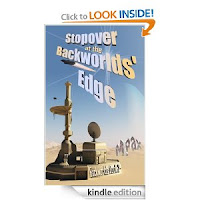 Marian Allen: Turtle Feathers: The dog Joseph's stepmother gave him leads him away from his intended route. Disobedience puts a young mermaid's life into the relentless claws of a crab. A penguin thinks his fortune is made when he discovers a cache of Scotch. More off-beat animal stories from the author of LONNIE, ME AND THE HOUND OF HELL.
Posted by Unknown at 12:27 PM 19 comments: