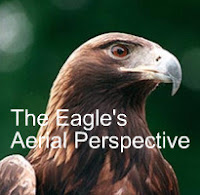 Today I have a truly remarkable guest, The Golden Eagle from The Eagle’s Aerial Perspective! Her theme for the A to Z Challenge focused on the sciences. Even if science doesn’t excite you, her posts were down to earth and really explained what each topic was all about. And it wasn’t just her posts that were impressive! I’ll let Golden tell you herself… 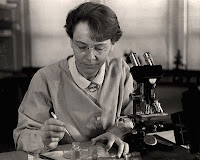 What made you tackle a research-heavy theme such as the sciences?

I love research. It's a great opportunity to dig through facts, learn new stuff, and use the internet for something it's quite good at: providing information.


Which letter/topic was the most fun to research?


Do you foresee a career in science for yourself?

Hopefully! It would be awesome to study the sciences in college. 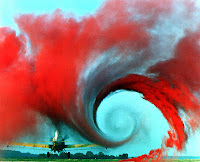 Fluid dynamics was fascinating – can you give a short description?

Fluid dynamics is the applied science of how liquids and gases work. It includes aerodynamics, acoustics, and some oceanography, along with other fields, and is often used in manufacturing.

You listed notable scientists throughout the month – who do you admire the most?

It's pretty much a tie between Neil deGrasse Tyson and Lisa Randall. I love Tyson's humor and his style of presenting science to the public (he's been compared to Carl Sagan), but I also admire Lisa Randall for being the first tenured female physicist at Harvard, Princeton, and MIT.


Which topic surprised you with its popularity?

My post about Jumping Genes. I didn't expect such a specific subject to get as many comments/views as it did! 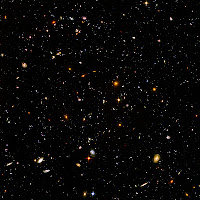 Now, blow everyone’s mind with a little bit about yourself:

I'm a teenage writer/webmaster/nerd who does not usually think of herself as having anything mind-blowing about her--though if you'd like a random fact, I can say I taught myself how to write with my weaker hand. For the heck of it. Learned ambidexterity! 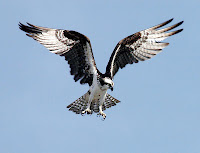 If you participate in next year’s Challenge, what topics might you cover?

I'm not really sure at this point. There are so many other fields of study that I'm not lacking in material science-wise (there were several subjects I wish I could have covered, but I didn't want to choose more than one for each day), yet I also like the idea of branching out into other topics. For example, I've been toying with the idea of making 2013's series about world cultures/religions/traditions. Now that would be a challenge to write about.

Thanks, Golden! You are the sharpest teenager I know.

Email ThisBlogThis!Share to TwitterShare to FacebookShare to Pinterest
Labels: The Eagle's Aerial Perspective, the sciences

Yeah, I really enjoyed the golden eagle's A-Z. Every post was full of easy to understand info and was extremely intriguing!
Duncan In Kuantan

Siv Maria's blog, Been there, done that...

Thank you for interviewing me! :)

Duncan: I'm glad you thought they were easy to understand. I tried to boil the fields down to the basics--though it got a little tricky with the fields that cover a lot of different subjects!

Siv: Afraid I can't say. I like keeping my internet anonymity--though if I ever become a published author or something else landmark happens, I'll be sure to let you know. ;)

Thanks Alex for introducing us to another great participant! Every time I read one of these, I realize how vast our Challenge is and wish for Hermione's time turner so that I can read everyones whole month...
Way to go Golden Eagle - I wish you a bright future! Looking forward to reading your 2013 entries. I love the idea of world cultures/traditions/religions. I shared my Swedish heritage for my April posts.
Tina @ Life is Good

I missed these blogs on the sciences. Seem to have trouble keeping up with all the blogs I need to read. I'll get there eventually.

Loved the science topics you did last year - you are definitely one of the smartest teens I know.

Golden, thanks for doing the interview! Your topic really impressed me.

Nice interview, Alex and Golden Eagle. I shared some of your info with hubs who recognizes the name of the scientists (he's a hobbyist physics reader). I think that idea you mentioned for 2013 has merit.

Golden Eagle-you are a brilliant young lady and I think you are destined to do some pretty great things whatever field you go into. I wish I'd had your kind of drive when I was a teenager. Looking forward to what you undertake in April.

I think I mentioned this before, but my favorite part of your series was when our topics overlapped. It was interesting to get the different views on the subjects.

A wonderful interview and a very impressive topic.

Hello how are you. The articles on your blog is very interesting .. I am very happy to visit your blog. thank you...

TGE has some determination on her - teaching yourself to write with your other hand just for the heck of it? Awesome.

The theme for next year sounds most interesting.

Wonderful interview. I loved TGE's A to Z posts. I sometimes forget how young TGE is!

What a refreshingly different interview. Loved it & enjoyed your A/Z posts too. :)

I do love science but do try and make sure I twist it as and when I weave it into my blog.

Its been a while since I did that so I must consider something... Its amazing how many interesting A to Z folk there are out there...

Eagle is nothing short of amazing. I loved her informative posts during A to Z this year! :)

This is such a fantastic interview. Golden Eagle, you continue to amaze me. I wish I'd been half as focused as you are when I was a teen. You'll go far!

I have to say, I think I visited your blog every day last April. I really enjoyed the science. Maybe we'll see you on Jeopardy someday.

What a wonderful interview. And oh my gosh, I learned ambidexterity when I was a teen as well! hehehe.

At least now I know there is hope with some of today's youth as sharp as an Eagle!

Wow- I think I just found science fun and cool and entertaining. Thanks for the introduction and I need to go check out Golden Eagle's A to Z posts.
A2Z Mommy and What’s In Between

Tina: Same here. There were so many participants and series, and I wanted to read all of them!

Jo: There are a lot of science blogs in the 'sphere--I'm sure many will be posting about the sciences next year as well.

It's always great to hear one's posts are being shared. Glad you like my idea for 2013 as well!

Manual: Thanks for coming by.

Still thinking about whether or not to do it, though since several of you seem interested, I'm quite leaning toward it!

Christine: Glad you liked the posts!

Rob: It's always interesting to read people's takes on science!

Carrie: Aw, glad you enjoyed them!

Susan: That means a lot. I wasn't sure if readers would stick around for constant science throughout the month!

Chuck: Glad I could restore some faith in the next generation. ;)

Tracy: Awesome! That's how I always look at science, so I'm glad someone else found it that way, too.

Hi there,
Yes, it's me, the satirical alternative to that gosh darn fun 'Alphabet Challenge'.
Okay, enough about me. Our friend, "The Golden Eagle" does a fascinating and informative blog. Indeed, her A to Zed, or A to Zee, if you are American, on the sciences, was very well written. A pleasure to interact with this awesome teenager!
Right then, try to control your sadness, I'm outta' here...
Gary

Lovely interview! And our GE is a teenager? WOW!

Golden Eagle, you never fail to impress me! I taught myself to be ambidextrous too and almost failed year eleven math because of it - mainly because I spent every lesson practicing my left-handed writing!

Hi Alex and GE .. boy I would love you to cover your suggested topic of religions in next year's A - Z .. that would be so interesting ..

and yes - you are one bright teenager - and it's great that you're here informing us in such a succinct fashion about science as a whole .. and your own articles are very interesting ..

Damyanti: Yup, I am.

Cally: I've been doing most of my practicing in a personal journal; I used to try it in English assignments, but stopped when they turned out looking really messy. :P

Hilary: Aw, thanks; and I guess I'll have to do the word religions/cultures subject for next year, since so many of you seem interested. :)