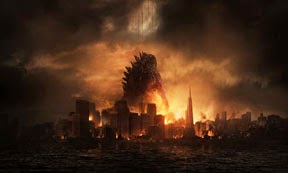 Email ThisBlogThis!Share to TwitterShare to FacebookShare to Pinterest
Labels: Creature from the Black Lagoon, Godzilla, Loch Ness Monster, Mina Burrows, Orcs, The Other Side

Great interview, Lots of people here in the UK believe there is a monster at Loch Ness, Perhaps one day it may emerge.
Good idea how to get your theme for the next A to Z Challenge.

Never really thought about all the classic monsters, but the A to Z Challenge was a great way to showcase them. The Creature from the Black Lagoon is a classic you should see.

There was a recent cartoon on Facebook of Nessie's vote being collected with regard to whether Scotland should become independent or not.

Thanks Alex. That was fun. I really did enjoy the theme too!

@NashvilleCats - Yeah. Wouldn't that be cool if it did emerge?

@Jo - LOL. I'll have to look that that one. I'm betting Nessie's for the independence.

Mina! You ROCK! And so did your theme!
Thanks for sharing!
Heather

Mina, that's quite a wealth on knowledge you gathered for the A-Z and by the sound of it you've been gathering for a while now. :)

You did have a great theme! Yule Cat? Never heard of that one before. Sounds like a holiday monster. I look forward to seeing what amazing theme you'll come up with in 2015.