We Built This City, But Not On Rock And Roll

We Built This City: According to the US and World Census Population Clocks, there are well over 7 billion people in the world today, with about 320 million in the U.S (the third most populated country). Here in North America, there is one birth every eight seconds, one death every twelve seconds, and one new migrant every 38 seconds. The world population is expected to reach 8 billion people in 2024. Reference

How are so many people to find adequate housing, food, clothing, healthcare, etc on a planet with limited resources? Let’s face it. Major cities around the globe were not designed to handle the demands of 21st century life and the mass influx of more people, let alone what the surprises the next 100 years holds.

What To Do? There are lots of amazing ideas on Cities Of The Future that I’ll be posting right here on Thursday November 20th. But here is one idea that is brilliant in its simplicity.

Example: Qatar (part of the oil rich United Arab Emirates) is planning on building a city from the ground up. Cost? A mere 45 billion dollars.

The planned city, called Lusail, will cover about 30 square miles along the Persian Gulf and accommodate 250,000 people. It’s been referred to a very large five star hotel. Lusail will include marinas, residential areas, island resorts, commercial districts, luxury shopping and leisure facilities, including two golf courses, an all giraffe zoo and an entertainment district.

As the venue for Qatar’s 2022 World Cup bid, the Lusail Iconic Stadium will provide a world-class football facility for 86,250 spectators during the opening ceremony, group games and final. Reflecting Doha’s culture and heritage, the stadium is designed to be highly energy efficient and capable of performing in extreme summer climatic conditions. (Folks, this is a complete city built from scratch!!!)
Reference
Reference

Can We Do It? Of course we can. The politicians of California are trying to raise money for a High Speed Rail system that would be expected to easily exceed $45B. So money really isn’t the issue here.

Problem: Once a city like this is built, it has to be maintained. That means, the citizens cannot let it go to hell or riot and burn it down. In Qatar, known for its gross human rights violations, they will simply make trouble makers disappear. In Japan, their citizens desire to build a progressive city where the citizens can thrive and continue building for the future, such as what they did with Hiroshima after it was nuked at the end of World War II.

However: here in the United States things are different. Even if we raze existing entire sections of a major city and build from scratch, would we as a civilization be able to maintain, or would they simply crumble back into what we now see in many sections of our inner cities?

Question: Should countries, states, and communities raise money to build new cities from scratch to replace what clearly needs to be replaced?

I’ll leave you with some really cool pics of Hiroshima today to give you a bit of vision.

Stephen Tremp, author of the BREAKTHROUGH series, is finishing his fourth book titled Murcat Manor. You can visit Stephen at Breakthrough Blogs. 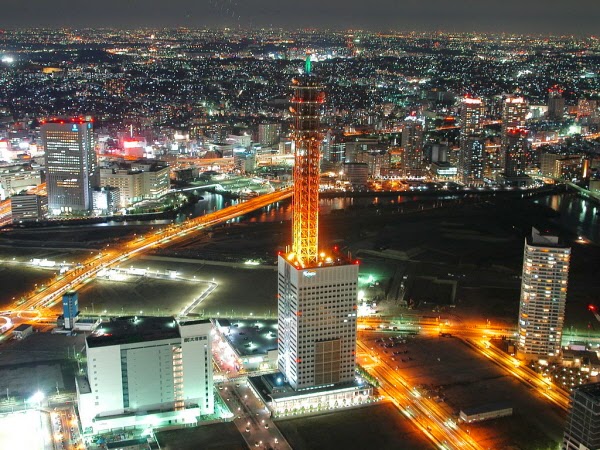 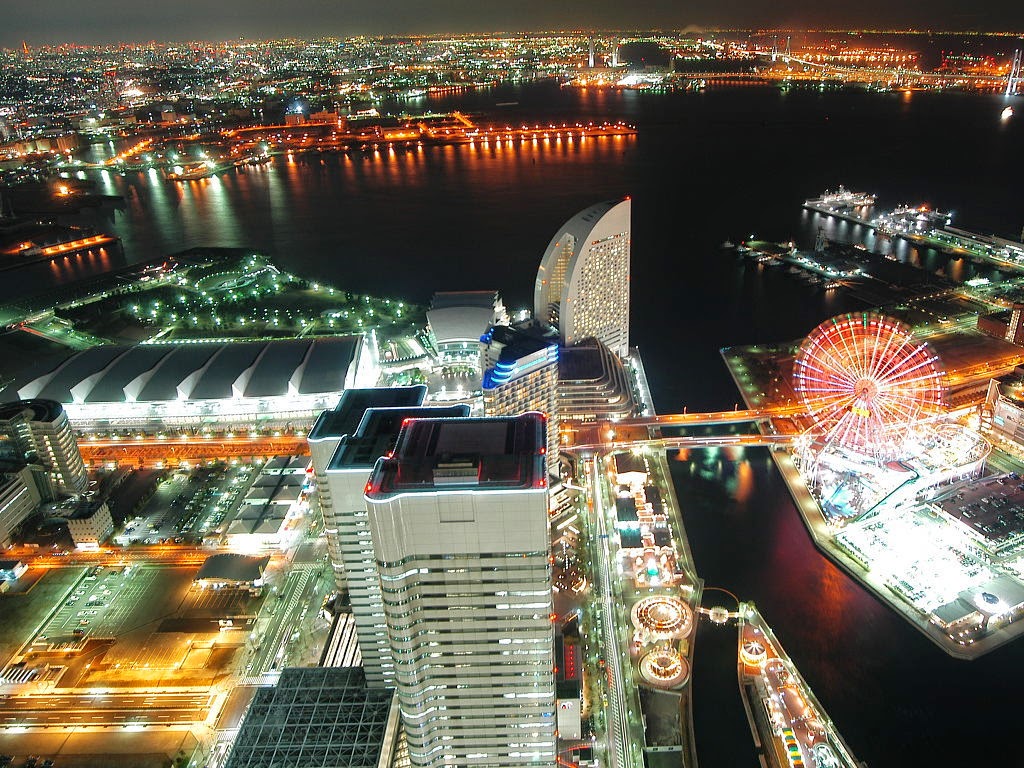 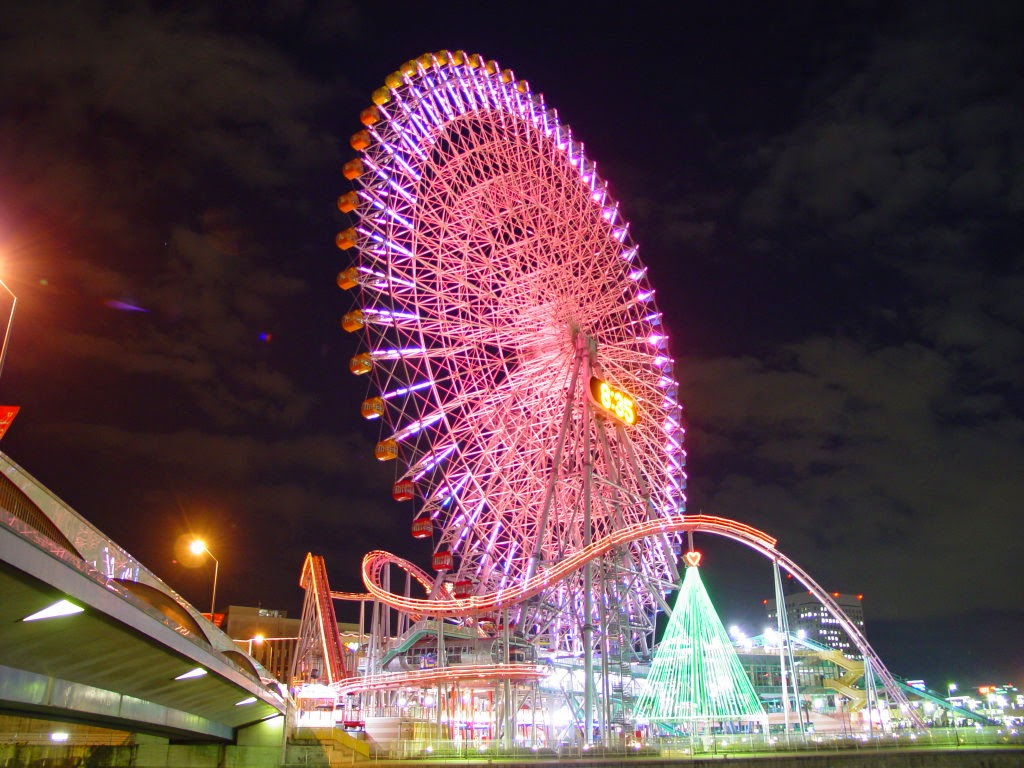 Most interesting Stephen, well written and made good reading.

Great post thank you Stephen - food for thought. I'm wondering about the poor people, those who live below the breadline - and who would appreciate good solid un-fancy homes ...

Great post. It's no wonder there are apocalyptic books and movies everywhere. It would take only one severe thing to zero out our world. Just one germ (viral, financial etc.) is needed. :)

Since it costs so much to build those cities, I wonder who will be able to afford to live in them.

Hi Stephen - my immediate thought is: what damage will caused to the ecosystems ... those that sustain life .... we don't need to mess with the earth - we need to find other, cheaper, simpler ways ... and ones that don't use slaves, or near slaves for labour ... humans are great destructors ...

Alex, great question. $45B divided by a quarter million people comes out to $180,000 per person in Lusail. If we could do something similar here in the U.S and the average median household income is $50,000, it's doable even for those making far less money.

Hilary, thanks for the question. In the Western world, we could raze existing slums and barrios and run down drug infested high murder rate areas and build anew. Start over. It just takes strong leadership to make these decisions. They may not be popular with everyone, but no decision ever is.

Susan, I totally agree. Millions of people would appreciate un-fancy homes as it's far better than their current situation. The key is pride of ownership and giving the youth a safe environment to grow and learn and dream and thrive. This would mean making tough decisions to keep certain elements out which.

Teresa, been thinking a lot about that myself these days. You're right. We are one bacterial infection or virus from sending the world back to the dark ages. We can see why apocalyptic books are so popular. People see this could really happen.

Thanks Yvonne for stopping by. Glad you enjoyed the post!

I was going to say the same as Hilary.But I do agree with razing the slums and the drug infested areas. It is a fact that only the rich can live in the towns built in Dubai. As for Hiroshima, we don't have the discipline the Japanese do.

Jo, check out my comment on Alex's comment. New cities can be built that can easily accomodate people living below the poverty line. They can also provide decent education and jobs for said poor people, or at least for their children so the poverty doesn't become hereditary and pass down to the next generation.