No Visitors? No Comments? Let's Fix That #atozchallenge 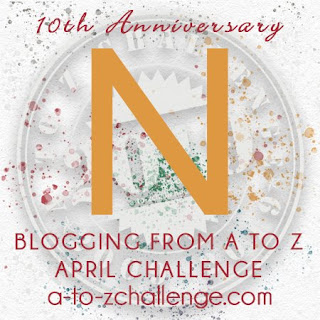 #AtoZchallenge: The blog hop that made an online community by asking bloggers to spend the month of April using the English alphabet as inspiration for their posts. We're glad you stopped by today.

By now, I'll bet some of you are a little frustrated. Here the A to Z Challenge promises that you'll have more visitors than you'll know what to do with, and yet you haven't been getting people to show up and comment. Some of you might have considered just chucking the whole thing.

Hey, I've been there. It can get really frustrating when you've worked your fingers to the bone writing these posts and ending up with just bony fingers. But it's no reason to chuck the whole thing. Hey, you've gotten this far, right? Let's see what we can do.

So, there are five suggestions. Can you think of any more? And, if you haven't been getting comments on your blog, feel free to leave the URL to your blog in the comments below.

Make sure your comments are enabled.

With the death of Google+ and certain other services, some blogs have a "dead" commenting section.

I've been going to the master list a couple of times a week and picking out new blogs to say hello to. I especially try to leave a comment if I see they have only a few.

This is like an eye-opener for newbies :)I did read few posts, commented and shared them too :)

Another thing for blogs like yours on Google's platform, enable this option you also have to comment with name + url. It makes a life a lot easier because we don't need to do the html to make sure the address to our blog is clickable.

My theme for the AtoZchallenge is about Game of Thrones. In each post, I ask a question relating to the letter that corresponds with a character. Can you guess who the letter is?
Jackie's Bookbytes Letter N

This year I have been seeing more people who comment, but don't leave any links, and I am trying my best to find them on the master list to visit them back, but it's not easy. Please leave links!

I use Bloglovin to follow blogs I like. I made an AtoZ section, I have now 29 blogs which I visit everyday. Pretty easy to keep track of the posts this way, no matter the time they were posted. Here is my list if you would like to visit them too:
Alicia Hawks Art
Beth's Needlework Stash
Blogging from A to Z April Challenge (of course!!)
Color My Words
Dragons & Spaceships
Gemini in the sky
Getting to the end
Gleefulblogger
Heather's Stitching Story
Jackies Glorious Nourishment
Janet's Smiles
Jollett Etc.
Katy Trail Creations
keithsramblings.net
Ladyleemanila
Laws of Gravity
Lisa Buie-Collard - Author
No Love for Fatties
pattern recognition
Printed Portal
Pulp Paper & Pigment
Ruth Blogs Here
The Artist's Way
The Mom and Daughter Sewing Experien
The Multicolored Diary
The Sound of One Hand Typing
Tossing It Out
and me of course;)
Quilting, Patchwork & Appliqué
N = Notions, et Notre-Dame...
Too long to copy the links, I made it in my blog

I prefer readers leaving links to their blogs. It becomes easy to click and visit.

The A to Z is Great Fun. No honest it really is, but it is not a secret or quick route to a busy blog with hundreds of visits every day and folk saying how good your blog is. I used to post something new everyday a few years back and slowly but surely I was getting more visitors. Then I became more involved in other projects, this is what happens when a chap retires busy busy busy. So my humble little blog got neglected somewhat and with that the visitors vanished all running off and hiding behind trees and the like.

So if you want folk to visit you need to post regularly and interact with those folk who do visit as much as possible. It is time consuming and lots of work so a bit of a commitment. But life is like that other than winning a lottery (I keep trying) you get out what you put in and that is true of cyberspace as well as the real world.

So dont worry about visitor numbers during the A to Z just enjoy it and if you really want a successful Blog think long term . . .

We've been friends for a long while now and you probably already know how I feel but when I first started with the A to Z Challenge, I'd get a bit frustrated with my hard work not reaping the attention I hoped for despite my constant blog hopping efforts. These days, I just do it for myself. If I get visitors then great and if not I just let it roll off my back. I like what I'm doing and that's good enough for me but if a few people along the way enjoy what I'm doing then that's nifty! Thanks for hosting all the fun this month. Yesterday I was MIA in Blogosphere due to appointments but I'm here today. I hope y'all will come by my place when time permits.

All great tips, thanks.

One of the reasons I'm not leaving links this year is because I'm being inundated by spam every time I do, rather than bloggers visiting/commenting.

Your first recommendation about asking a question is one I tried a few years ago when I wasn't getting many comments to my book blog . It worked really well - especially when I made a feature of the question instead of just adding it to the foot of the text.

By making a feature what I mean is that I added a line separator and then created a short headline containing the essence of the question . Then added text below to expand on the question. I got more reactions from doing that.

I haven't tried it yet on the blog I'm using for the A-Z challenge which is genealogy based. But I realised with yesterday's post that maybe I should take my own advice. :) So I did ....https://heenan.one-name.net/heenans-a-z-kate-mary-heenan-from-ireland-to-india/

Since I have a lot of blogs, I dedicate all my posts to A-Z during the month of April. My first foray I didn't, and it definitely confused people.

I have still NOT mastered the art of the code version of my link signature, but I'll copy/paste my links in my comments.
(Don't bother giving me the instructions. I have tried. Multiple times.)
I DO like the WordPress "Like" Star and wish Blogger had something similar. Because sometimes you just want the writer to know you've been there. Or you're sneak reading at work and can't compose a comment.

N is for Notes

I'm doing this as a personal challenge for myself, so I'm not worried about comments. They're all just a nice bonus! These are great tips though. I know I don't leave a comment if I don't have anything interesting to say.

N is for Namoi and Ely's No Kiss List!
N is for Na'vi River Journey!

We're not in the challenge but these are great tips for any blog. Thanks for the insights!
http://www.thegeektwins.com

Just FYI, replying to someone's comment on your blog is not the same as visiting their blog and leaving your reply and/or comment. You know that as well as I do.

Since I'm doing the challenge on Instragram I haven't worried too much about comments but I have noticed that the number of likes that my A to Z posts is getting has started to drop off. That seems to be how it goes as we get later into the challenge. People have the best of intentions but then life happens and you just can't do it all. I'm still having fun trying to find books on my shelves to match the letter of the day and then figuring out pretty ways to display them.

Here's N at Girl Who Reads

N post was tough to write because my views are contrary to the dominant think on the subject. N is for Nepotism in Bollywood / Hindi Films

Great post John! All the points you made are excellent. I'm doing all of that and am still very disappointed with the comments. Many bloggers don't visit back, simply replying to my comment on their blogs. Blogger blogs have often not been showing my comments. I wonder if it's something to do with the EU GDPR policy, and Google + confusion. Blog traffic hasn't increased and the only new bloggers I met are the ones I visited who then came to my blog. I know I sound complaining but there are a few other blog hops I participate in and bloggers on those are very kind and responsive and keen on building a community. Anyway - I'm enjoying myself but really wondering what's up. I have spent a huge amount of time staring at tiny box like photos to see if there are bicycles or traffic lights or chimneys. Strained my eyes doing so. AND still no comment visible after all that.
https://www.kalpanaawrites.com/opinion-atozchallenge/

By following the above steps, likes and comments have indeed increased on my blog.

Here is the link to my page:

N is for nefarious https://heavygators.blogspot.com/2019/04/a-to-z-n-is-for-nefarious.html
comments enabled ( with moderation) as I had a spammer GRRR I
do not have time for nefarious people! Will be catching up on my
comments

this challenge has been tough LOTS of life has been thrown at me since the
get go! starting off the first 3 days ( i spent in the hospital had a
mild heart attack and very mild stroke) came home recovering Hubby started
having severe pain in his groin area, and neck *his cancer is back and
has spread so he has been in and out of hospital the last 2 weeks but
hey I am going to finish this challenge.