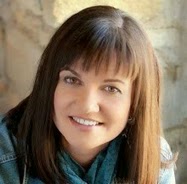 
Your theme was 90's Pop Culture Favorites – what made you choose that theme?

I firmly beleive that the 80s were, like, the best decade ever, and as a result, I don't typically give the 90s their due. But when I think about it, the 90s contributed a lot of pop culture that I still enjoy today, so my theme for this year's A to Z was a way to give tribute to a decade I tend to underrecognize.

S: Sex and the City. I know that's way girly to say, but I just loved that show (and the first movie. I'm still pretending the second one doesn't exist). That self-deprecating humor and camaraderie between women as they navigated treacherous romantic waters pushed all the right buttons with me. And ahhh, Mr. Big---has there ever been a more intriguing love interest? Not for me.

Probably the same letter most people have trouble with---X. I had to resort to naming a show I hadn't actually watched...as you've diligently noted below. *ahem*

What pop culture things did you leave out for lack of room?

Wellll, these were left out more to protect my street cred than for lack of room: Blue's Clues, Arthur (the aardvark, not the drunk) and Thomas the Tank Engine. I had wee ones about the house in the late 90s and was surprised to feel a bit melancholy when they stopped chain-watching these shows in the aughties.


What music from the 90’s still tops your chart? 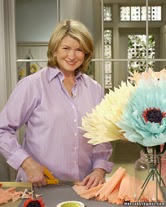 Do you still go all Martha Stewart sometimes, like at Christmas?

Who told you I was ever Martha Stewartish? Oh, right, I did. *sigh* I think that exquisitely decorated ship has sailed for me. Every year I take out fewer and fewer holiday decorations and give another box full of them to Goodwill. Though this reminds me---I should probably set out a couple ceramic pumpkins or they'll take away my Suburban Mother Card. 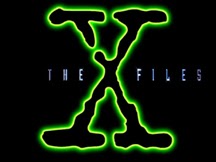 Your choice for X was The X-Files – have you finally started watching the show?

Look, I've been really busy...Netflixing How I Met Your Mother. I don't know how I completely missed that show until now! Anyhow, I'll have an opening once I finish that, and it looks like The X-Files just moved to the top of my list. ;) Thanks for the warning about the last season.

I have a chick-lit set in Chicago that's slated to release next spring, so I've been thinking about a "Cool Places in Chicago" theme to highlight interesting spots in the city that the average visitor might not know about. It's a great city, so those would be fun posts to put together. And fun is what it's all about, right?

Thanks so much for inviting me over!

Nicki, thanks for visiting, and looking forward to a tour of Chicago next year!

I loved your theme, Nicki. I visited almost every day. My youngest son loved Thomas the Tank Engine. Of course, James, was his favorite engine since that is his name.

I love your idea about cool places in Chicago. I always learn so much from this Hop!

Chicago would be a great theme. You really do need to watch the X-Files though.

X files was one of the BEST shows ever. I haven't put out holiday decorations in years. I don't think I ever had the Neighborhood Mother card, lol.

When it comes to pop culture, I think both the 70s and the 90s were better than the 80s. The best thing I couls say about the 80s is that it was my happy teenage years, with lots of freedom, fun and joy >:)

Love Chicago! What a great town. And it's great to get to know you a little better.

Only time I went to Chicago I got bronchitis so really didn't get to see much of the town. Will look forward to reading your posts if you do choose that subject.

I am more an Ivor the Engine fan . . . rather than Thomas.

I love the angry James episode w/ the bee on his nose. It was very fun going back & forth between our blogs during the challenge, Susan. :)

Oh good - glad you like the theme. Is all the encouragement I need to actually do it!

Only a season and a half left of How I Met Your Mother & then X-Files it is. ;)

Getting even more excited to watch X-Files. now. Neighborhood Mother Cards are overrated, hehe. I think a single tasteful beats the Clark Griswold look any day.

Can't say I'm a big fan of the 70s but those were my happy childhood years so it has something going for it.

Would you say it's...your kinda town, Stephen? Thanks so much for stopping by. :)

Oh no, Jo! That stinks you got sick during your trip. Hope I do a good job of letting you eVisit.

Ivor...he doesn't sound like he's from Shining Time Station...is he??

Arthur was a great one.

OOOOooooooooo No . . . . Ivor has some serious cult status these days. . . Very Awesome.

What a good idea, for the blog next year. I really hadn't thought about using my "locations" for a blog theme. I won't steal yours, but you got me thinking outside the box! Thanks, great post!

To me music is always a great subject, loved the post a wonderful read.
From your newest follower
nashvillecats70.blogspot.co.uk

I love Smashing Pumpkins and Thomas the Tank Engine. A great places in Chicago Theme is a great idea. =)

lol, exquisitely decorated ship... I just saw Martha the other day, she was using scissors to make her poached eggs perfect. I just shook my head. Have you seen any X Files yet? The one about cattle mutilations was inspired by events where I live.

Sex and the City is one of my all-time favorites. Funny and poignant and real. I've never watched The X Files either...don't feel bad! :-)