Today we welcome Carrie-Anne Brownian, author of historical fiction set mostly in Europe and Asia. The locations and towns she featured were truly amazing and a great lesson in history and geography. 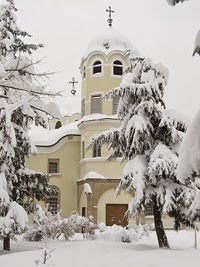 Your theme this year was geographical-historical locations in your books – what made you decide on that theme?

I felt like it might be more accessible to a wider range of readers, with more obvious interest than my prior two themes, characters I’ve created and chapters I’ve written. Not everyone is so interested in a theme revolving around someone’s writing, but many people are interested in travel. I’m also a Sagittarius, known as the Traveler of the Zodiac. 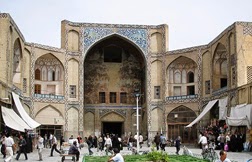 What city or location was your favorite?

I think my favorites were Kutaisi, Georgia, and Isfahan, Iran, both beautiful cities which have been continuously inhabited for thousands of years. I’m very eager to visit both of them someday, and to see beautiful places like the Bagrati Cathedral and River Rioni of Kutaisi, and Isfahan’s breathtaking Grand Bazaar and Khaju Bridge. It also meant a lot to me to positively feature two Iranian cities, since my family were dear friends with an Iranian family when I was growing up, and I know from my own experience that these are good, intelligent, modern, hospitable people, not xenophobic terrorists. 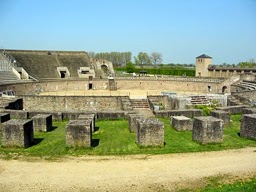 What letter proved the most difficult?

In terms of finding a wide sample of pictures to use, the most difficult letters were U (Uelen, Russia), O (Odžaci, Serbia), A (Abony, Hungary), and F (Fereydunshahr, Iran). In terms of finding a wide variety of information about the cities, A, O, and F were also among the most difficult letters, and V (Vratsa, Bulgaria) also proved to have somewhat of a dearth of in-depth information available. Many people have problems with X, but once I found the two cities I wanted to use (Xánthi, Greece, and Xanten, Germany), I was overwhelmed with both pictures and information.

Emotionally, the most difficult letter was Z (Zagreb, Croatia), whose post I put off and wrote very last of all. Croatia committed massive war crimes against Serbs, Jews, and Roma during World War II, to such a degree that even the Nazis found them too sadistic. And many modern Croatians have celebrated or downplayed those atrocities. That shouldn’t be swept under the rug. However, I had to keep thinking of Ivan Vranetić, a young Croatian who rescued many people (including his future wife) because it was his second nature to do the right thing, and of my characters Zvonko and Mirsada. Entire peoples are not evil. 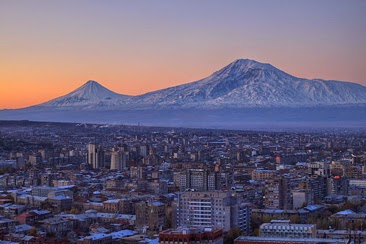 Yerevan, Armenia was fascinating – have you been there? Want to travel there?

At the moment, the only countries outside the U.S. I’ve been to are Israel and Austria (and I was only in Austria physically, due to an emergency middle of the night plane landing for a sick passenger). Someday I’d love to see Yerevan, one of the world’s oldest continually inhabited cities. I only hope I can make myself understood, since the bits and pieces of Armenian I’ve taught myself over the years are Western Armenian, and Armenia’s national language is Eastern Armenian. There are a number of important differences between them, beyond the pronunciation of some letters.

You did a lot of research for your posts – what were some of your sources?

Some of them were sources I’d used before for my writing, and I referred back to old print-outs or had to hunt them down again. I know the place I tracked down the information from some of my print-outs on Lille, France wasn’t where I’d gotten it from in 2002, but at least it had been transferred to a different website in the years since. I also used Jewish Virtual Library for information on a number of my cities, such as Dushanbe, Tajikistan, and Xánthi, Greece.

I know this is generally frowned on in serious research, but I used Wikipedia as a jumping-off point in a number of instances. It’s important to follow the links to outside, more scholarly sources, which in turn often leads you to other good sources of information. Many cities also had official websites for tourism or about their histories. 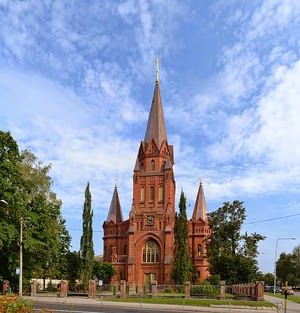 During your research, what surprised you the most?

One of the big surprises was finding out how some of these cities had been destroyed, sometimes more than once. With some cities, such as Tartu, Estonia, there isn’t much left of the historic buildings, due to so many fires and so much warfare. And yet these people kept rebuilding. 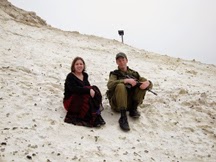 It’s truly a land of miracles and wonders, where old coexists with new, and every stone is steeped with deep, rich history and stories. My three favorite places are the Old City of Jerusalem, with its thousands of years of history and so many different cultures; Haifa, Israel’s best-integrated city, where members of all five of the country’s major religions live together peacefully; and the Galilee, an idyllic, peaceful, generally quiet region.

What theme do you think you’ll tackle for next year’s Challenge?

It’s once again going to be a theme related to my writing, but not directly related. It deals with one of my areas of greatest historical expertise, and two of the subjects I’ll be featuring were discussed during this year’s Challenge. I also included photographs related to a few of the other subjects to be featured. As a final hint, it’s going to include subjects from places including Bulgaria, Armenia, Ireland, Albania, and Bosnia.

Very interesting to read about your emotions behind some of your selections. Looking forward to your next year's theme.

Now I want to add some of these amazing places to my bucket list! Wonderful theme.

I loved reading about these amazing places.
doreenmcgettigan.com

The internet has made the world more accessible to everyone. Blog posts like you did during A to Z, Carrie-Anne, brings us up close and personal with places many of us will never go in our lifetimes.


Thanks for your addition to the A to Z Blog and your participation in the Challenge.

Such a great theme to learn from. And such interesting places--some that I've never heard of.

I really enjoyed the pictures she shared for all of her posts. :) And learning about each place was fascinating.

Those posts were so in depth. Whew! I was blown away by how much research went into them.

Hi Carrie-Anne (and Alex) .. your posts sound amazing .. I'll be across to look. Wonderful to be able to read how you researched and set your standards ... I hope to follow you next time ..