If you were curious, here are some results from the 2018 Pre-Challenge Blogging from A to Z Poll.

71% of survey takers feel they are proficient in using Google Forms.

Google sheets, however, 28% of survey takers might be learning for the first time.

69% requested a video or written instructions on how to use forms and sheets. That's why we made them available for you. Our team of cohosts has been getting a lot of questions which we hoped the videos had answered. It'd be great to know what or how the instructions were unclear. So, please, if you're asking a question that we attempted to cover in the videos, but the instructions there were not enough, please include the timestamp of the portion of the video where we "lost" you. If we don't know what's confusing, we can't make it better. 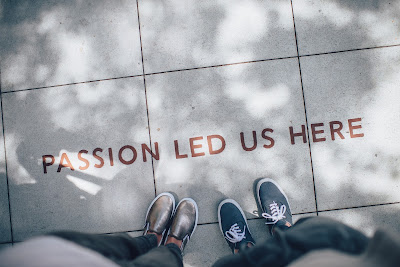 A short theme description on the Master List? 69% of you said, "Yes, please!"

Sort the list? 60% of you are looking forward to this feature.

How did survey takers feel about posting links to their blog daily?
The longer a blogger has been with us, the less they liked the idea of that being the only option. However, a majority of people from all four groups agreed that "
According to the survey, people really want the Master List.

Daily commenting on the blog ranked lowest. Thoughts on the matter included disheartening statements about there being far too many comments to keep up with, especially with the scrolling and needing to go to "load more" to find the next stack of comments. Participants saw a drop in visitors. And the further away a blogger was from the UTC timezone, the more they disliked it. (They were still in A, others were already in B.)

The only way the A to Z team can compensate for our global timezones is to offer the daily letter forms in advance. However, not everyone knows how to determine what their link will be before their post is live. (There are too many variables for us to try to teach that lesson.) We are NOT going to edit the daily letter sheets because they are relevant for such a short time. Daily letter linking up is optional. 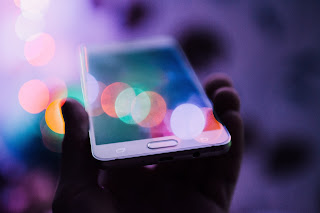 People who use Twitter are hoping for more Twitter chats (including different days and times). The team is working on it! 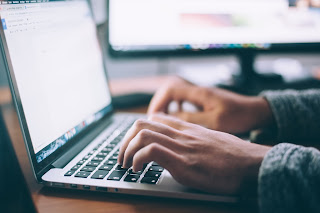 Nearly everyone has participated in another blog hop at some point. Lots of them had to do with books or writing. IWSG is very popular among the A to Z crowd. Broken links, bloggers who drop out, or hosts who gave up mid-hop were the biggest complaints about other hops. A few of you were kind enough to say that A to Z is your favorite! 💗 Thanks! We love you, too.

A blog hop is a way to share your blog while also visiting, or hopping, to other blogs using the links of the participants. It's a way to network, increase engagement, and build a community.

A few mentioned that they hate it when someone links up in the hop and then doesn't comment on any other participating links. Others mentioned feeling too much pressure to comment on all the blogs.

Listen up: MOST people do not manage to visit EVERY blog in the A to Z challenge in April. There were 1,344 blogs in 2016. And 1,509 in 2015. BUT, if everyone makes an effort to comment on as many blogs as your schedule will allow, there are good odds that everyone will be visited.


Non-list methods from other blog hops included daily emails with less than a dozen links, Facebook groups, or the use of pingbacks for Wordpress blogs.

Some people who participated years ago asked if the random blog post picker would be back. (The one that figured out which blogs you hadn't seen yet and suggested you see a set of randomly generated selected ones.) No, sadly, we don't have that in the works. However, there are plenty of random number generators or dice rollers on the Internet, so you could try to fiddle around with those on your own.


One idea offered was making an e-book with our favorite posts.

Also, people wanted more motivation to complete the challenge. Some survey takers asked if we could make all blogs more mobile friendly, get everyone to include images for Pinterest sharing, or if we could get Wordpress and Blogger to play nicer together. (I appreciate the omnipotent-like power that some participants think the co-host team has over the blogosphere. Alas, we put our pants on one leg at a time.)


For the people who asked, there's a page on the site with the story of this challenge. CLICK

A handful of people would like to know how many followers each participant's blog has currently.

People worried we'd require a theme, or require the use of Twitter and/or Facebook. We don't. That's optional. The nearest thing to a required theme is using the alphabet letter of the day, incorporating it some way in your post. (You could just toss in a picture of something that starts with that day's letter and then do your blog post.)

There was the usual "debate" of some people requesting that people leave links in comments (easier to track them down and reciprocate), versus people who think links in the comment section look "spammy" and could alter Search Engine Optimization and Domain Authority. (Here's a link to an article that discusses this issue in depth.) Here's MY suggestion, which isn't full proof but could help:


If that's important to you, end your post with an open-ended question (so that people have something inspiring and original to write about in the comments); and also ask them NOT to leave a link, but rather to include their "blog name as it appears on the A to Z challenge Master List."

The Master List is searchable. You'd have a way to find the person who left a comment. Yes, this method will require a few more clicks, a bit more effort to reciprocate a comment. It could work though. Bonus: It requires no HTML. 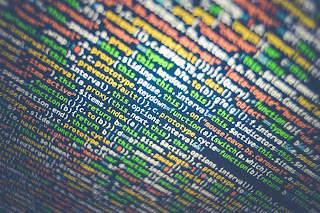 THANK YOU to everyone who used the comments on the survey to thank the co-host team. 😁💖


Wow, this has been a long post. Here's a link to a POTATO recipe I found on the blog of one of our participants: Simple Potato Fry

Don't forget that there will be another survey in May, after the challenge is over.
Posted by J Lenni Dorner at 11:05 PM

I let my thoughts be known on the WordPress simulcast. But to reiterate, this was a lot of very good information. You really put a lot into this.

Good stuff to know for this year's Challenge as well as stuff to ponder for next year.

Wonderful recap of the results. I was wondering about them. If I didn't say it in the comments before, I certainly do add my appreciation for all the hard work that goes into keeping this challenge a well organized and fun event every year. Arlee, you and the gang are top notch! Here's to another great month of A to Z's!

Thank you so very much for mentioning my post on the blog. Yay! I am so pumped up, you know! Glad to know that the Survey helped. Cheers to each and everyone in the A to Z team. You guys rock! :)
AtoZ at Kohl Eyed Me
AtoZ at Something's Cooking

Probably the most interesting post I've read this year. :) Wait, there was Mark Coker's update on the state of the ebook nation... and then again there was the announcement of the IWSG Anthology....

Thanks for sharing the results.

Whoa. Forms? Is there a list of rules for this year anywhere? I did this in 2016 and loved it, but it seems to be getting complicated. Can't I just write my post, and then link? Where is the quick-n-dirty. "HOW TO FOR 2018". I looked in FAQ, no dice.
I really want to do it again. Do I need a doctorate in computer technology first? Please help.

Don't stress over this. Forms and lists are not a requirement, but only a convenience for those who like them. Sure, you can just post links on FB, Twitter, this blog, or wherever you like and based on whatever works for you.

Most of the time I've rarely paid much attention to the list and just visited when I've seen a link mentioned or visited my regular stops. It's blogging as usual for me except more days of posting. Just do it again and do it in the way that makes you most comfortable. After all this is a personal Challenge that you can customize to fit your needs.

Janet, as always I give most of the credit to "the gang" for all the great innovations and the hard work they do. Thanks for the kinds words and the support. And thank you for being a part of the A to Z community.

Hello everyone . . .some will know I have completed several AtoZ's over the years and have enjoyed them. I say enjoy it is like climbing a huge mountain. At the time you think . . . What am I doing . . . But at the end you are always pleased you did it provided you dont fall down a huge crevasse on route.

However for some time I have been involved in a couple of arty based projects which I still have not yet finished so this year I will not be doing the AtoZ. I know it's a shock. The good news though is I hope to be back next year all bouncy again. If I get time I may sneak about and see what folk are up too. My tips for what they are worth are . . . .

Dont stress if you miss the odd day or end up a few days behind.

It is fun (honest) the main thing is to enjoy it

Try and visit the odd blog each day but dont feel you need to visit loads and get stressed about not being able to if you can't.

Finally the very best of luck to all doing it this year. . .

This is great advice, Rob. We'll miss you since you've been a great A to Z supporter through the years. But you're still part of the community and it's always good to hear from you.

Next year will be the 10th year!

In 2016, there was a Linky List. The Goggle form is just as easy to fill out. Give it a whirl. There are even easy-to-follow videos to guide you.

Bummer! We'll miss you, Rob. But thanks for this great comment.