﻿
You can visit guest blogger Stephen Tremp at Breakthrough Blogs 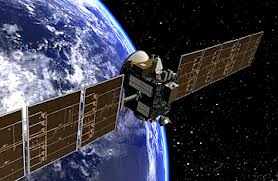 After spending a year gazing at Vesta , NASA's Dawn spacecraft was set to cruise toward the most massive space rock in the asteroid belt between Mars and Jupiter — a voyage that will take nearly three years.

Dawn slipped into orbit last year around Vesta — about the size of Arizona — and beamed back stunning close-ups of the lumpy surface. Its next destination is the Texas-size Ceres, also known as a dwarf planet (folks, these are some very large pieces of rock!!!).

Vesta and Ceres are the largest bodies in the asteroid belt littered with chunks of rocks that never quite bloomed into full-fledged planets. As cosmic time capsules, they're ideal for scientists trying to piece together how Earth and the other planets formed and evolved. 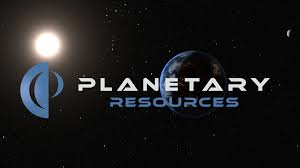 This Being Said: A group of wealthy, adventurous entrepreneurs announced a new venture called Planetary Resources, Inc., which plans to send swarms of robots to space to scout asteroids for precious metals and set up mines to bring resources back to Earth, in the process adding trillions of dollars to the global GDP, helping ensure humanity’s prosperity and paving the way for the human settlement in space.

“The resources of Earth pale in comparison to the wealth of the solar system,” said Eric Anderson, who founded the commercial space tourism company Space Adventures. 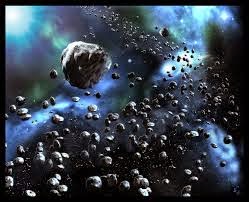 Nearly 9,000 asteroids larger than 150 feet in diameter orbit near the Earth. Some could contain as much platinum as is mined in an entire year on Earth, making them potentially worth several billion dollars each. 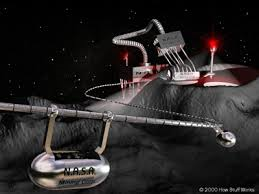 Platinum Alone Is Worth:  around $23,000 a pound — nearly the same as gold. Mining the top few feet of a single modestly sized, half-mile-diameter asteroid could yield around 130 tons of platinum, worth roughly $6 billion. One possibility might be to find a useful asteroid and push it closer to Earth. A fairly low-power solar-electric ion engine could nudge a hunk of rock into orbit around the Earth, effectively creating a small second moon that could be easily accessed.

Asteroids contain water that can be used for drinking and broken into its constituents. Oxygen is valuable for life support in space-based habitats, while liquid oxygen and hydrogen are both used to produce rocket fuel. Having a “gas station” in space could help enable missions to Mars and beyond. Such a refueling depot might allow people to permanently live and work in space, another goal of Planetary Resources.

Question: Do you think its a good idea to mine asteroids by pulling these monstrosities into our orbit? Better speak up now or forever hold your peace because it's probably going to happen.

Well, it would be more cost effective to bring them here than to send everyone out there and have to haul it back. Of course, if I hear whisperings of a E.L.E., I'm going into hiding.

Hello Stephen.
Personally speaking, I think mining of asteroids is going to happen in the not too distant future. However to nudge something that size into close orbit around Earth is not a sensible move. Just look at how we are unable to take care of our nuclear waste we've produced in just a few years. What happens when the asteroid in question has been mined out, does it just float around up there, with all out other space litter, for eons? There is a very good reason no huge asteroids are orbiting earth, they fell to the earth long ago.
Anyway, blessings from South Africa, Geoff.

Asteroid mining will almost certainly be happening soon, and overall I think it's a good thing. As to whether hauling them into our orbit to do it is a good idea or not . . . well, I'll need a few reassurances from respected scientists and a contingency plan in place should anything go wrong before I sign off on that one. Not saying it can't be done safely, but I think we need to be sure that it can before we try doing it that way.

I think I'd determine what effect having additional bodies of mass in our orbit will do to the solar systems balance. There's a lot we don't know and the mass would change wouldn't it if the asteroid were being mined? Lots to consider before they start building and pulling the same old industrial and economic reasons on the table - money talk always clogs clear brains.

I agree with the mining, but I also wonder if nudging them closer is a good idea. Alex mentions E.L.E. what is that?

By pulling them into our orbit, does that mean they're closer, and, therefore, can crash into us more quickly? Just want to know how much time I have to pack. :-)

Thanks Geoff, new one on me.

They should crash on the place i live in. And then you can mine them if you want